It’s been ten years since Congress passed the Energy Independence and Security Act, which 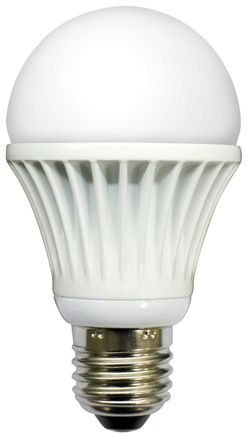 effectively marked the end of an era for traditional incandescent light bulbs. Consumers have plenty of other choices when it comes to home lighting, but do you know the major differences between CFLs and LEDs? Austin electricians have the inside scoop on which bulbs look better, last longer, and will save you the most money over time. Read on to learn more about your options.

LED stands for light-emitting diode and they work by passing electrical current through semiconductor material for illumination. LEDs use a tiny percentage of the wattage of incandescents (think 4-22 watts as opposed to 40-150) and last somewhere in the neighborhood of 20 times longer, meaning you might go a couple decades before needing to purchase a replacement. In general, LEDs save homeowners around 80% on annual energy costs, and because the heat produced by the illumination process is absorbed into a heat sink, the bulbs remain cool to the touch and don’t affect the temperature in your home, saving money on your AC bill as well.

Common complaints about LEDs include that the color is too “cold” or blue compared to the warm yellow hue put out by incandescents and that the bulbs don’t dim well. Both of these concerns are outdated, as there have been recent advances in LED technology. Diligent shoppers can find bulbs in a wider range of color options (look for a Kelvin measurement between 2500K and 3000K for warm, inviting light) and that are compatible with dimmer switches.

Compact fluorescent lights, or CFLs, are also great energy-savers. They use between 9-52 watts and last approximately 10,000 hours (half as long as LEDs but 10 times longer than incandescents). CFLs produce ultraviolet light by passing electrical current between electrodes on a tube containing gases. The UV light becomes visible when it hits a phosphor lining on the inside of the bulb. CFLs save the average homeowner about 75% a year on electrical costs. Some consumers worry about the small amount of mercury in CFL bulbs, but it’s actually only one hundredth of that in a mercury thermometer. As long as the bulbs are disposed of properly, there’s not much cause for concern. If a CFL bulb breaks in your home, open a window and let the room air out for approximately ten minutes, then use a broom and dustpan to sweep the mess into a sealable container for disposal. Don’t use a vacuum cleaner, which will disperse the chemicals into the air.

In the end, you’ll probably want a mixture of bulbs for various areas of your home (for example, halogen bulbs are great for highlighting the color and texture of art, and fluorescents are popular in garages and closets), but in terms of efficiency, longevity, and saving money over time, LEDs are the clear winner and are strongly recommended by your Austin electrician. If you have questions about the best lighting options for a specific room or need assistance with the installation of a new fixture, we are here to help your home look its best.